Welcome to my blog!

I'm an acupuncturist, teacher, fertility specialist, patient centered advocate, mom, activist and more! This blog is a place for me to write down the things on my mind, the things I discuss over and over, and the things I find helpful, interesting, and inspiring all in the hope that someone else out there, maybe YOU, will find some of these things to be helpful, interesting and inspiring too. I love learning, I love sharing, and I am passionate about helping others lead more balanced, fertile, and healthy lives - while trying to do the same myself. So here goes... The Blogging Life... 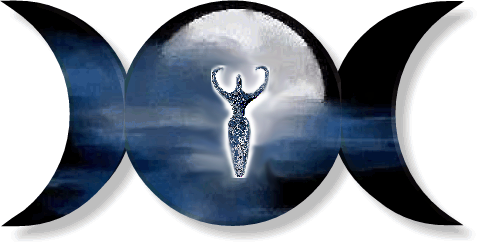 Did you know that there are lots of ways to practice Classic Chinese Medicine? There are lots of little subsystems, all based on the same foundation principles, but each with their own nuances and preferences for point selection and ways to influence the body and its resources.

Some of the systems are:
Zang Fu or Organ and Bowel: (this is the main types I use in my practice) where you focus on the functions associated with each organ in the body and the acupuncture channels associated with each organ... for example, working with the stomach channel for digestive issues, lung channel for respiration...
5 Element: instead of using the organ systems to diagnose and treat, the body is looked at in terms of various energetics - fire, earth, metal, water and wood.
8 Extraordinary Vessels: is a subtype that focusses on the deeper most primitive channels that do not run on the surface of the body. These channels are thought to be the ONLY channels you have when you are in utero and so are thought to be ways to tap into your most fundamental resources and patterns.

I recently did some continuing education taught primarily based on principles of the 8 extraordinary vessels. It was fascinating and something I look forward to learning more about and implementing into my practice. Especially as a fertility acupuncturist working primarily with women, the idea of accessing the deepest roots of a woman's energy and the only channels that were formed when she was in utero (when her eggs were also formed) is fascinating and powerful to me!

One of the most interesting concepts the instructors of this particular class discussed was the idea of women having three distinct stages of womanhood/energy.  This can be represented by the various phases of the moon (waxing/growing, full, and waning/shrinking) as well as by the idea of the archetype of the triple goddess (see the lovely image above for inspiration/weird witch like feelings... if you need to pause and go howl at the moon or rub a crystal or something feel free!)

As freaky and out there as it sounds, the idea is actually pretty intuitive. It is, that women naturally go through 3 energetic/life phases (the three goddesses). The first goddess is the Maiden... she is young, discovering her power and sense of self, independent, explores her power, full of vivacity, focussed on herself... you get the idea.  The second goddess is the Mother... she is full of life giving energy, able to create and be fruitful, she is self-sacrificing (for the sake of the greater good/nurturing), and nourishes others. The third goddess is the Crone... she has inner wisdom, is a truth seeker, and namer of truth & reality, she is able to help others break free and see the light (sometimes through tough love). It is important to remember, that although seeing these three stages in terms of literal mothering seems like an insult to those who WANT to be doing these things, but aren't able to, that they truly reply to all sorts of ways of being fruitful, creating, nurturing (not just of a child).

Here's where this plays into modern fertility struggles. Where historically, the Maiden phase would start at puberty and end around 20 where the Mother phase would begin. Many modern women stay in the Maiden phase and do not make this transition for years if not decades. They do not make the transition in their early 20s, many still don't in their late 20s, some don't through their 30's and into their 40s.  Not only is this unnatural... trying to continue to be a Maiden well past when we are naturally made to be a Maiden - (exercising and doing treatments to try to keep the body and face of a 18 year old), living life focused on being independence, not nourishing others, and focused on self over others, it is a huge detriment to fertility.

Now, I know what many will say... but why shouldn't women be able to do this? Men do it! Isn't this what women's liberation fought for?  But I would argue that TRUE women's liberation is when the natural cycles and abilities of women and their bodies are regarded equal to the natural cycles and abilities of men. Why is it, that to become stronger women have to become like men? Why shouldn't our culture value and respect women and their bodies for what they are... more yin, more nurturing, softer, more expressive and receptive, more naturally made to serve and love than to force through?  Instead our culture supports and values the exact opposite, which leads many women to avoid being a Mother for too long...

One thing is for sure... this culture of idolizing all things masculine and trying to stay more yang by being the maiden for most of our lives certainly isn't helping our fertility.

So, if you are reading this post, do a little check in and see which phase you think your body should naturally be in right now. There's no time like the present and you can't go back and change things. Ask yourself where could you focus less on yourself and trying to continue to be achieving, doing, independent and full of force and where could you nurture (yourself and other things), be softer, be reflective and receptive. It's a good place to start!

Oh, and if you think this post sucks because it makes you think question where you are and choices you've made I'm truly sorry. I promise I'm posting in the name of awareness bringing the potential for change... blame it on practitioner Nicole being a bit of the Crone... it's tough love, shedding some light on the reality of the situation. I sincerely hope it can help, even if it's not what you want to hear! Call me, we can chat :)